<![CDATA[Part of what I'm promising to do in this here blog is show you the things that I look at and read on a daily basis. That's part of why I read so many other blogs… they're good filters for content.

Have you ever been offended by the implication that you are someone else is or is not Black enough? Well John McWhorter thinks you should lower your defenses and respond to reason — because there is a continuum of Blackness. Here’s his quick and dirty take. And, by the way, if that’s too scholarly for you, here’s a 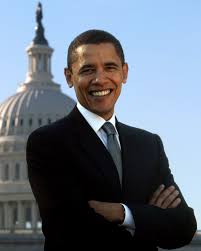 And speaking of Senator Obama, Charles Krauthammer thinks his campaign is way too focused on the cult of his personality. Which may explain why Oprah was so eager to get involved… if anyone understands the power of leveraging a bigger-than-life personality, it’s her.

Of course, it probably doesn’t help to dissuade that perception when his adherents are addicted to coining new word-puns from his name. (My personal entry: Baracketology… the art of picking the teams Obama likes to make the Final Four.) This is one of the benefits of having an exotic, foreign sounding name, I guess. Probably why it wouldn’t work for Hillary. (Hillary Street Blues? Nah.) ]]>