<![CDATA[Okay, so here's a conundrum I'm finding myself having: 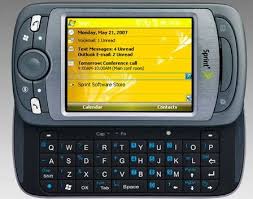 I’m a wireless web surfer. I was an early adopter of having wireless internet on my phone (since early 2002) and my virtually insatiable curiosity for information has increased along with the technology. Now that I can look at just about any web page on my Sprint Mogul PocketPC anytime I have a decent EV-DO signal, the question of “can I find a suitable answer for this question” has been answered: a resounding YES. So now the question is, how much is too much?

Notice I’m not just asking when is it proper versus improper (my take: recreational events — movies, basketball games, etc. — YES. Important rituals or civil ceremonies such as weddings, church services or court appearances — NO). That’s a matter of taste. But fundamentally, the question I’m having to ask myself in the moment is, “is this question worth the time it would take for me to find the answer?” Because it’s already a safe assumption I can find the answer.

I’m asking myself this more and more when I’m out in public, because I’ve already become known as the guy who’s always looking stuff up on his phone. At parties, when I get bored with small talk, I know I can always check the latest story on The Trail Blazers. And I’m constantly piping in conversations with random bits of entertaining minutia. My phone even made a cameo appearance at the family Christmas concert in 2006 when Uncle Tim asked me the definition of the word “upsot” during a rousing rendition of “Jingle Bells” onstage.

I’ve found, though, that finding the answers on my phone has a downside. It short-circuits the whole bar-room argument vibe that guys are so good at. I noticed this last Sunday after church, when my friend Ronn and I got into an argument about whether or not John Goodman played the renegade bounty hunter in Raising Arizona, or if it was some other former boxer guy. Three minutes later I was able to verify the truth — that we were both right. Which wasn’t nearly as fun or interesting as continuing to find ways to argue about it.

The other downside, of course, is that sometimes it just ends up being a waste of time. Like if I make a joke that refers to The Greatest American Hero, and someone doesn’t get it, but I think they’re old enough that they’ve probably seen the show but just don’t remember the title, and maybe if I sing the theme song they’ll remember but I can’t remember the words and humming it just isn’t the same so I start madly Googling for a wav or mp3 clip of the theme song to play through the tiny little speakers on my phone since I don’t have my headphones on me and theirs don’t have the right size jack to fit into my phone.

Thankfully this did not actually happen. But that’s the type of thing that I could easily obsess over for 20 or 30 minutes, easy.