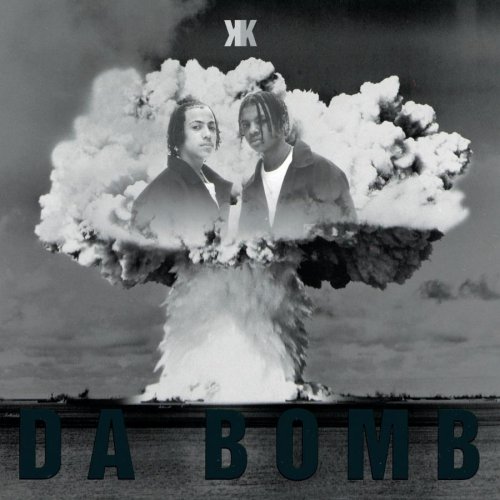 “Word to your moms, I’m here to drop bombs, I got more rhymes than the Bible’s got psalms.”

— Everlast, of the House of Pain, “Jump Around.”

So I’m noticing a disturbing trend.

(No, Kris Kross is not making a comeback. It’s not that disturbing.)

It’s become clear to me that in this media-saturated society in which we live, the fastest, easiest way to get attention (ratings, page-views, ad-clicks, sponsorships, whatever) is to go the route of the iconoclast, which is to attack the sacred cows of the establishment as often, loud, and outrageously as possible.

I call this phenomenon lobbin’ bombs.

Lobbin’ bombs is when you have something to say that contradicts some piece of conventional wisdom that other people hold dear. And rather than being tentative and hoping people take the right way, you just throw it on out there and see what happens. Which is usually an explosion of controversy. It doesn’t matter the issue you’re talking about. When you brashly throw out an opinion that you KNOW people will disagree with, and not only do you NOT care whether or they agree, but actually look forward to their hysterical reaction just for the fun of pissing people off… that’s lobbin’ bombs.

And I would be lying if I said I didn’t do it from time to time. In the right context, it’s loads of fun. But it must be done with care, because like any form of demolition, it’s dangerous if you’re not careful about it. if you have something to say that people aren’t looking forward to hearing, it’s possible to do it in a way that minimizes the carnage. But if you choose not to, then you bear some of the responsibility for whatever mass destruction ensues.

Out of Ur, the Leadership blog of Christianity Today, posted a review (and a follow-up post) of a book called Pagan Christianity. The controversy surrounding this book stems from an offshoot of its central thesis, that there are far too many facets of today’s organized-religion version of Christianity that have been appropriated from pagan rituals and practices… including the idea of having one person as the primary hub of teaching and spirituality being paid full-time as professional practitioner of ministry, a.k.a. “the pastor.”

Obviously as a PK I’m biased here, but that is a bomb if I’ve ever seen one. This cat is basically calling for the end of the pastorate as we know it. And the fact that he’s got the endorsement of (and shares co-author billing with) George Barna, one of the top names in religious market research, up til now a trusted name in evangelical circles… one would think they would’ve had the foresight to know this might make a few people upset.

Nevertheless, the tone of the book from the few excerpts that I’ve seen (and the Q&A from Viola’s website) lead me to believe that Viola is more concerned with deconstructing the established religious hierarchy and less with maintaining unity of the believers. Which is sad, to me, because it doesn’t have to be this way. If he had taken more of a conciliatory tone in an attempt to win over bloggers, emerging pastors and other cogent members of the Christian intelligentsia, then maybe his ideas would be received in a better light.

Of course, Viola’s defenders might say that this would be an ethical compromise tantamount to ideological treason, so maybe there’s some truth to that. I mean, bombs are bombs.

But obviously there are ways to lob bombs that are more destructive than others.

(I’m talking to you, Aaron McGruder.)

For those unfamiliar with his work, I’m thinking specifically of the first episode of The Boondocks’ animated series, where the lead character, Black nationalist ten-year-old Huey Freeman, walks into the middle of a nice, quiet garden luncheon and drops a few rhetorical bombs of his own. Intending to shock the people out of their bourgeois stupor, he says this:

“Excuse me. Everyone, I have a brief announcement to make. Jesus was black, Ronald Reagan was the devil, and the government is lying about 9-11. Thank you for your time and good night.”

The ironic thing about his episode (MILD SPOILER ALERT) is that Huey dreams up this very scenario in the beginning of the episode, and it ends in a riot bordering on anarchy. But when he actually gets the chance to try it out at the Wuncler’s garden party, it has the opposite effect. People just politely clap, quietly amused at such an articulate young boy.

This is actually a brilliant piece of writing, because not only does it show young Huey’s frustration about not being taken seriously, but it also shows the power of context. McGruder has proven with this show that it’s easier to digest the profanity and pointed leftist satire that The Boondocks is known for when it’s coming in the form of animation. By being drawn, it looks less real, even though the subject matter and dialogue is as real as anything this side of The Wire.

But sometimes there are nicer ways to do it.

I’m thinking now of one of the most popular web-based sportswriters of our time, Bill Simmons, the Sports Guy.

In a recent column, he pleads for people to come back to New Orleans, the site of the 2008 NBA All-Star festivities. It’s a great column, and according to Cosellout, one of Simmons finest moments as a writer. New Orleans is desperate for tourism to return, which is why it was such a great gesture for NBA commissioner David Stern to hold his flagship league event there, three years after Hurricane Katrina. And Simmons’ essential point is that people don’t want to return there because they don’t want their vacations interrupted with the emotional baggage of the worst national disaster in our history, but they should because the city needs our tourism dollars in order to continue the rebuilding process.

From there, Simmons launches into a discussion of the NBA’s perceived image problem:

As one NBA higher-up whispered to me last weekend, “People still think we have an image problem, I just don’t get it. Do they even watch us? Do they see the caliber of the guys we have now?”

That’s the issue gnawing at everyone working for the league right now. The NFL has considerably more thugs, Major League Baseball has a steroids scandal that basically has tainted the past 15 years of games, yet somehow the NBA is still perceived as the league with an image problem? For god’s sake, if the NBA can’t put that tag to rest this year, of all years, then it’s never happening, and we’ll have to accept there are deeper issues at work here.

(Well, one deeper issue. And you know what it is.)

If you’ve been paying attention to the NBA and to society in general, then you know exactly what he’s talking about: subconscious, institutionalized racism.

I can expand this discussion in a later post, because this is a huge issue that two or three sentences cannot adequately address. But many in the large cottage industry of sports related commentary punditry have been banging on the NBA for its “image problem” (a euphemism for being too Black, or too hip-hop) despite the fact that there have been way more documented instances of serious criminal behavior and drug abuse in the NFL and MLB, respectively.

Can something so understated still be called a bomb? When it comes to racism, I say yes. Racism is the third rail of polite discussion, something to be avoided at all costs. And many purveyors of ESPN content don’t want the reality of race relations injected into the fantasy and escapism involved with following professional sports. And so Bill Simmons has wisely found a way to bring race into the conversation, ever-so-briefly, yet without equivocation.

So all you folks railing against the man, eager to unleash your down-with-the-system soliloquies into the blogosphere… take note. There’s more than one way to drop a bomb.