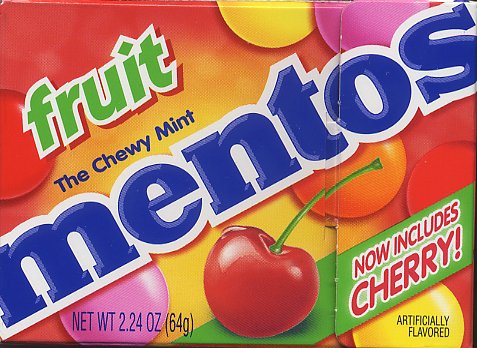 So I’m smack in the middle of a mentorship triangle, and it’s starting to get downright unpredictable. I guess it serves me right for thinking that life would go down neat and tidy.

See, one of the principles that my Pops likes to espouse is the idea of “one-up, one-over, one-down.” This, aside from marriage, is the relational cornerstone that lays the foundation of any healthy man’s success. What is it? It’s mentorship and friendship. One up is someone you look up to as a role model and source of wisdom and guidance. One over is a peer relationship, someone who’s walking down the same path you are, generally speaking. And one down is someone who you are choosing to mentor, who is (if you’re doing it right) looking up to you.

And recently I added my last missing piece… a mentor for me. I have a father, and I have several uncles, but because of my fields of work (church ministry, music production, etc.) my relationships with them are a bit more complicated than usual. Plus it’s always nice to have someone outside the family dynamic to give you perspective.

Well I just met with this guy (who we’ll call Becker) for the first time on Saturday. And Becker is somebody that I’ve known for a little while, but mostly in passing. And I was shocked — SHOCKED — that he was able to so quickly and precisely point out what was missing in my life. I guess it was just good ol’ fashioned Holy Spirit discernment, because this cat was practically reading my mail, nah mean? I’m grateful for his presence in my life, but at the same time I thought that it would take longer for us to get into a rhythm and understanding of each other. I guess God must have really known what I needed because this dude didn’t waste any time. Yeah, I was surprised by that.

Surprised mostly because it puts pressure on me to get my ish together. Becker challenged me to begin to work on one or two things that I can immediately put into practice, things that will bless my wife and bring peace and order into my life. I’ve decided that those things will be exercise and avoiding procrastination. This is why I must be done with this post in the next 15 minutes, ’cause I got stuff to do around the house. And this wisdom was exactly why I sought Becker out in the first place, because sometimes I just need a foot in my behind in order to get moving. But when it comes… it’s still kinda surprising. I don’t know why, it just is.

Equally surprising (and more troubling) is my one-down, I guy I’ll refer to as Dave. This is someone that I got connected to through church, and he seems to be a good kid. I don’t think his dad is in the picture so he’s mostly raised by his mom and older brother, who’s a little closer to my age but still a little younger. I know both of them actually, but Dave has expressed a lot of interest in the some of the same things that I’m interested in, and so we kinda struck up a relationship. To tell you the truth, I tend to be pretty selective about who I spend my time with, but from the beginning I saw so much potential in Dave I thought for sure that he was someone that God had put in my path for me to mentor. Like I said before, he’s a good kid.

But now I can’t get a hold of him. He doesn’t seem to want to return my calls or emails. I finally just now got a hold of his mom, and she’s promised to have him call me. The thing is, I don’t have much money but I do have some important relational connections, and because of that I have several opportunities in mind for Dave that would really be great for him. But I can’t make him want them. I can’t make him follow through. And right now, I can’t hardly talk to him long enough to tell him about ’em. I don’t want to use his mom to get to him. I want to treat him like a man and deal with him directly. But it’s frustrating.

But it’s also forcing me to examine my motives. Am I trying to save this guy? Do I have some do-gooder complex I need to work out? Am I doing the right thing for the right reason? Or am I doing it because I’m subconsciously acting out the predefined role that I’m supposed to walk in (guy-in-his 30s taking time out to mentor fatherless teenager)? These are all important questions that I must answer if I’m going to be honest with myself. The thing is, I need these kinds of snags to help conquer my perfectionism. Because people are messy and complicated and they don’t always do what you think they’re supposed to. Even when you have good reason to think they should go one way, they’ll just as quickly go the other way. They’re slow to understand sometimes. And slow to follow through sometimes. And to paraphrase a great Bill Cosby routine, if it was this way for God with Adam and Eve, what makes us think we’ll do it any better?

It’s not just in the Genesis story, either. You can also see it in the New Testament.

In Mark 8:14-26, Jesus is having a conversation with his disciples, and he can clearly see that they just … don’t … get it. He makes a comment about the Pharisees and their critical spirit, but uses the metaphor of yeast. His point is, avoid these cats [The Pharisees] because a little bit of them can change the whole mix. But all they hear is the word yeast and they’re like, he must be mad that we ran out of bread.

At which point you can just imagine Jesus, smacking his forehead in disgust. The whole scene is kinda comical, really. Like a mashup between Godspell and Dumb and Dumber.

And then the comedy continues.

Jesus goes to heal a blind man, and after he touches the man’s eyes, he asks him, do you see anything?

And the guy is all, yeah… I see people walking around… they look like trees.

And Jesus is like uhhh… lets try this again. And he touches his eyes again, obviously looking for a better result. This time, it finally works. The guy is seeing Regular People this time. So Jesus sends him on his way… but just to be safe, he tells the guy:

You know what? Don’t tell anybody in the village about this. Lets just keep this between me and you.

I’m not a trained theologian, but I’m fairly sure that wasn’t the interaction Jesus had in mind when he first approached the blind man. But hey, that’s life… full of surprises.

Oh, and if you’re looking for deep profound reasons for the Mentos reference, I just like ’em. And if you go to their global front page, I’m sure you’ll be surprised.