I usually don’t like to pile on like this, but sometimes abject ignorance can be hilarious. And as always, I’ve tried to give equal access to the truly ignorant among us.

Korean pop star promises to sell nude photos anywhere but Japan. I know, it’s pretty tame on the Ignor-A-Meter, but it just makes me laugh. Like they’re not already on the internet, where anyone — Japanese or not — can get to them.

“Really… ” he says, with a hint of condescension. “I hadn’t heard that.”

Again, we all know that Dubya is not exactly the sharpest tool in the shed, but still… at least act like you know.

But finally… the coup de grace…

DMX has no idea who Barack Obama is. 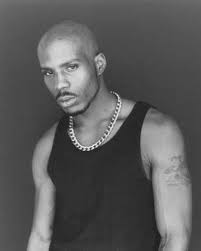 Seriously. Almost as ridiculous as the idea of him doing a gospel album (which he mentions in the beginning), is when the person doing the interview of the once-popular rapper DMX for XXL magazine mentions Senator Obama and the upcoming presidential race, and he has no idea what they’re talking about:

Are you following the presidential race?
Not at all.

You’re not? You know there’s a Black guy running, Barack Obama and then there’s Hillary Clinton.
His name is Barack?!

Barack.
What the f*** is a Barack?! Barack Obama. Where he from, Africa?

Yeah, his dad is from Kenya.
Barack Obama?

You’re telling me you haven’t heard about him before.
I ain’t really paying much attention.

As the man himself once said,