It’s not like I need anymore reasons. The truth is, I’ve been wanting to return to Japan for about 18 years, which is how long it’s been since I went as a high school exchange student in the summer of ’94. (Thank you, Jim Scott and Catlin Gabel.) That trip was very enlightening, full of great stories and memories, as was a similar trip I took as a college student to South Korea in the summer of ’99. (Thank you, Rollo Dilworth and North Park University.)

And I was reminded of both trips, and the weirdness inherent in the experience of being Black while immersed in Asian culture, when I saw this story about a little beach town in Japan who is going all out in support of the current Democrat frontrunner for the U.S. Presidency. What’s the connection, you might be asking? Well look at the picture.

The name of the town is Obama, which means “small shore” or “little beach” in Japanese.

Which means that if my man Barack can take this thing all the way to the house, then he’ll be the biggest African-American name in Japan, taking the crown from Kobe Bryant, whose parents named him after the famous choice steaks of Hyogo prefecture of Japan, commonly known as Kobe beef.

This got me thinking… are there any other interesting famous African-Americans getting some crossover love in Japan or other south Asian countries? 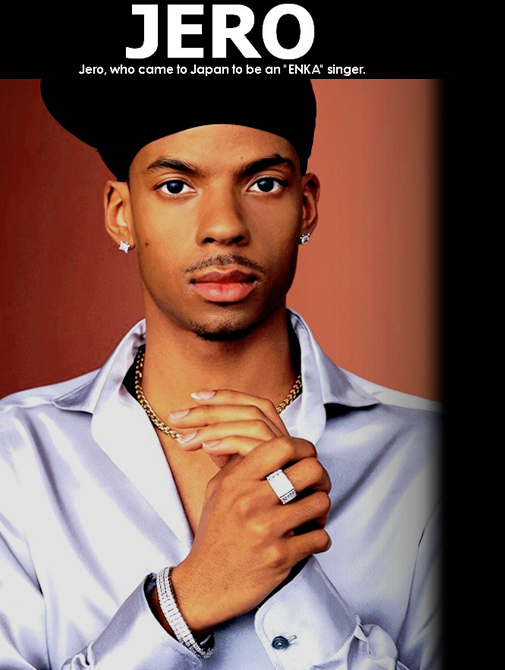 The closest one I could find was Jero, who has been making news for the last few months by becoming the first African-American to launch a career singing enka, a popular style of traditional Japanese music. His story is the stuff of legend. He got his love for enka from his maternal grandmother, and after graduating from the University of Pittsburgh in 2003, he moved to Japan, entered a singing contest and was discovered by Japanese label scouts.

For those struggling for a frame of reference, this would be akin to a young Black woman attempting to become famous by singing country music.

I guess there is such a thing as progress.

Personally, I have no interest in enka music, but I think it’s cool that a brotha like Jero (short for Jerome) is willing to break down some walls like that.

Which is why I haven’t let go of one of my Big Hairy Audacious Goals… to launch a tour of Japanese and South Korean cities, doing holy hip-hop with my crew The Iccsters.

Seriously, that would be bananas.

Because first of all, many Japanese people are naturally curious about African-Americans and our culture, primarily as an extension of their curiosity/love affair with American culture as a whole. And that love extends to hip-hop music, in a big, big way. (My man Okami spent a year there… am I right or what?)

Secondly, many Japanese tend to be skeptical of Western missionaries, because in their minds the message of Christ tends to be co-opted by the “American” values of capitalism and democracy. I think they might get a sense of the winds of change that are sweeping across the landscape of American evangelicalism (check the new Evangelical Manifesto) that are making it possible for people to accept the message of Christ from hip-hop heads who are doctrinally orthodox but not culturally conservative.

And I would love it if the tour would have a leg in Japan and another in South Korea, because just as our hip-hop can help provide connection and understanding between Blacks and Whites here in the U.S., I’m sure that there could be some spillover in promoting more acceptance and stemming the hostility between Koreans and Japanese people.

Not that one tour is going to undo centuries of strife and conflict, but still… I’m saying. Racial righteousness is more than just a Black/White thing, and I this tour could help illustrate that.

Plus, my man Sir-1, the other half of the crew, is 6’9″ — so they would automatically think he’s an NBA player. That alone could build a crowd of a hundred-plus, easily. (Not to mention he bears a slight resemblance to Sacha Baron Cohen from Da Ali G Show.)

Of course, doing “Cereal” (check our page and play it for yourself) might be a difficult proposition since none of our American brands of cereal are big in Japan… I might have to start boning up on Japanese snack foods.

(“Rockin’ mics, we’re not hard to get / refresh your mental like Pocari Sweat” … )

Still, if my experiences in life have taught me anything, it’s that there’s always support for expansion into lucrative markets with God all things are possible.