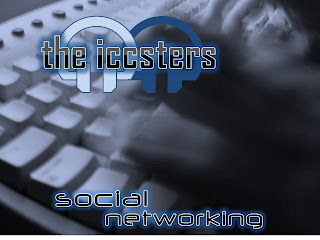 [Insert standard disclaimer about being busy to explain more than two weeks of time passing between posts.]

Okay, now that I’ve gotten that out of the way, I just wanted to take a quick minute to point out a new TunePak on ReverbNation that I designed. It features a new internet only joint about social networking (entitled, shockingly, “Social Networking”) and another one of our why haven’t we recorded this song already joints called “Kingdom Livin’ (I Go to Work).”

The whole chorus of “Social Networking” is asking people to post our music (in the form of this tunepak) on their blogs. It’s a desperate bid for attention promotional opportunity, I know, but people keep bugging us about making our recordings available.

I know it’s a little ridiculous to post the link to the TunePak when I have the official Iccsters tune widget embedded right into my blog, but there are several other aggregators that this blog feeds, and those aggregators don’t have the RN tune widget (including those of you reading this through Facebook).

What would it look like if I’m begging everyone else to post this song to their blog and I don’t have the nerve to post it to my own blog?

(By the way if you’re wondering what the top image is for, it’ll be the top slide of the presentation that I’ll eventually put together the next time we put on a concert.)

(What, you’ve never seen hip-hop concerts with Powerpoint before?) ]]>