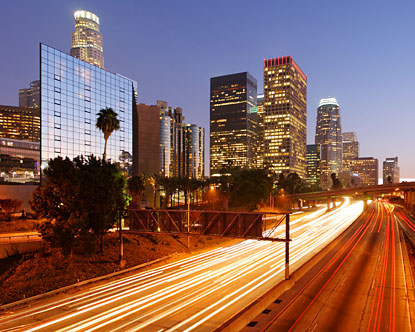 In my book, any weekend spent rockin’ mics and reppin’ Christ is a great weekend. And despite my battles with an overcrowded schedule and a nasty chest cold, this weekend was no exception.

Jaamar McKelvey (a.k.a. “J-MAC”) and I flew down to L.A. for two performance dates with Church of the Redeemer, a sister congregation in the Evangelical Covenant network of churches. The church, in an attempt to engage the youth and young adults in their neighborhood, called on the crime-fighting hip-hop duo known as The Iccsters to come down and rock mics for their harvest carnival.

By this point, astute readers of this space will have noticed a personnel discrepancy. My regular partner-in-rhyme, Sahaan (a.k.a. Sir-1) was unavailable for this trip, as he and his wife were taking some much-needed time together. So I called on his ably-skilled brother to fill in. Having Jaamar on call for these kinds of occasions is a wonderful luxury to enjoy, not only because he shares our passion for outreach and is also supremely talented on the mic, but also because he already knows all of our material.

(Plus, most people can’t tell them apart on first sight anyway.)

As expected, our trip was an absolute blast. I got to see some old friends (Douglas and Erika Haub and their children Mercy, Aaron and Elijah, as well as Danny and Donna Martinez and their dynamic prodigy Eric) and make some new ones (Richard and Anna, Justin and Ali, Sylvia, Scott, Damion and Isaac). Big shouts of love to all of them, they made our trip quite memorable.

Besides our two sets at the harvest party and ministering during Sunday morning service, we ate great food (including my first trip to Roscoe’s), enjoyed great conversation and generally tried to take in as much authentic L.A. flavor as we could in just over 48 hours.

So watching Mercy swoon, listening to Richard and Justin debate the merits of California’s Proposition 8, breaking down Doug’s chord progressions, waking up to the sickly sound of a rooster outside the guest room window in the apartment where we stayed, choppin’ it up with the bootleg CD salesman outside of Roscoe’s, narrowly avoiding impact with several reckless drivers on the 10, shaking our heads at all the crazy characters on Venice Beach, marveling at the distances from which one can hear the tamale lady yelling “ta-MA-le!!!!!,” and joining in the chorus of people trying to get Damion to quit stalling and do the rap that he wrote… these are memories you can’t buy on a cruise line or a resort. Thanks to all of you.

By the way, I never really understood the significance behind that languid R&B hit by Tony! Toni! Tone!, “It Never Rains (In Southern California).” I thought its title was more of a gimmicky exaggeration than a generalized statement of truth. Hailing from the Pacific Northwest where rain is as surely a part of life as death and taxes, I figured that it must rain occasionally in Southern Cali, just not as often.

So it was with detached amusement that I heard the shrieks (of delight? or horror?) coming from several Angeleno ladies who were getting unexpectedly rained on. The following drizzly morning, my local host dryly informed me that he ordered up some Portland weather to make me feel comfortable. When I casually asked him how long it had been since this weekend’s spate of precipitation, he had to stop and think.

Los Angeles, CA: Where Rain Is An Event.

(Note to any LA county regional power-brokers: I’ll trade you the rights to that slogan for your assurance that the Blazers won’t have to play the Lakers in the first round of the 2009 NBA Playoffs.)

Anyway, I hope not to wait another nine years before I return. Maybe by the next time, instead of people remarking on Doug’s resemblence to Lakers center Pau Gasol, they’ll be comparing me to Blazers center Greg Oden.

What I meant to say is, maybe by then they’ll be comparing my dad to Greg Oden.

(You know what… don’t answer that.)

I’m Jelani Greenidge, and thanks for Mixin’ It Up with me. ]]>