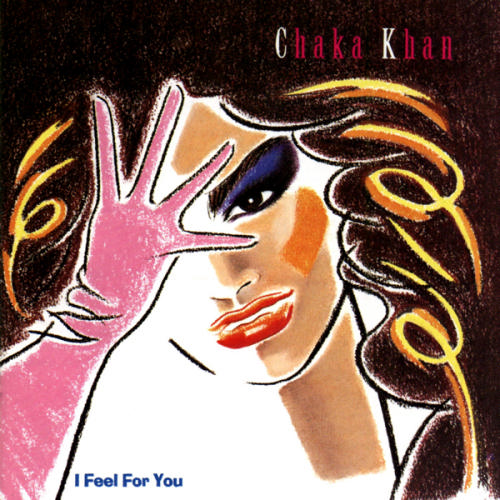 This song make me giddy.

Yes, absolutely giddy. I love everything about “I Feel For You.”

I love the staccato sample intro of Grandmaster Melle Mel’s voice saying, “Cha-Cha-Ch-Ch-Chaka Khan.” As an 8-year-old budding rapper, I probably repeated this phrase incessantly. (Perhaps my sister Camille can weigh in on this.)

I love the fact that the song is, let’s be honest, mostly much about sex (or at least sex appeal), and yet there is a delightfully innocent quality about them, especially compared to the over-the-top, leave-nothing-to-the-imagination lyrics from today’s R&B balladeers.

I love the fact that it’s so unabashedly a relic of its time, the mid-80s, when hair was big, drum machines were just becoming popular, and rapping and break dancing were these newfangled fads showing up on MTV and eventually VH1 and seen in films like “Krush Groove” and “Breakin’ 2: Electric Boogaloo.”

I love imagining that, as the song found rotation on radio stations across America and hip-hop culture began slowly penetrating the consciousness of middle class America, legions of White parents began wondering exactly who Chaka Khan is and why their children would want to rock her, whatever that means.

I love the harmonica solo by Stevie Wonder.

I love the synthesizer rhythms, and the piped-in crowd noise (which was state-of-the-art audio post-production back then).

I love the fact that the song was actually written and recorded by Prince, long before it became a chart smash, and if you listen to the original you’ll see hints of the greatness that would later emerge.

I don’t even mind it on karaoke night, as long as whoever’s up there is having fun and tries not to slaughter it too badly.

As I finish this one, I’m sitting next to the one to whom this song applies for me, and she’s awesome. I feel for her… all the time.

So for that reason, Chaka Khan’s signature 80s hit is today’s jam of the moment.

Posted in Uncategorized and tagged chaka khan, hip-hop, i feel for you, jam of the moment, R. Kelly, RnB, the 80s